The Lumia 520 mixes user-friendly design, a surprisingly good specification list and the now iconic Nokia design to make for one of the best handsets on a budget.

But now, Nokia is set to unveil its successor; the Nokia Lumia 530.

The Nokia Design is Colourful

One of the most attractive things about the Lumia 520 was its bright, colourful design and this is continued on the Lumia 530 as well.

It’s not all about bright colours mind you! Nokia has worked hard to improve the feel of the handset on the 530 as well with the edges being rounded off and the build made marginally thicker, giving the handset a smoother feel.

We’ve seen hundreds of great looking budget phones prove to be real stinkers when you try and get them going under the hood, with some handsets freezing, slowing down, and some even crashing completely.

But Nokia has shown no such problems in its Lumia line-up, with the 520 running surprisingly smoothly even with its ‘lightweight’ spec list.

But now, we’re seeing the Lumia 530 climb up a weight class, offering up even better specs this time around.

The chipset is one such improvement, upping from the Qualcomm effort on the 520, to a Snapdragon 200 version this time around.

The processor has also seen a massive boost come its way, doubling in size from the dual-core kit on the 520, to a 1.2GHz quad-core effort on the Lumia 530, helping create speeds close to many mid-range handsets.

This of course boosts the overall performance of the handset, whilst not adding too much bulk as well, meaning if you’re a fan of your skinny Lumia 520, you won’t have to make much of a change to get used to the Lumia 530.

It’s not all change though, with Nokia sticking with the 4” screen size, 512MB RAM and 5 megapixel camera from before.

The battery life also sticks to what it knows from the 520, and there’s still no sign of a front facing lens, something we’re happy to deal with for its rock-bottom price tag.

With Nokia now being owned by Microsoft, it comes as no surprise to see the Lumia 530 sport the same Windows Phone operating system as its predecessor, with the 8.1 update being pre-installed.

This means the likes of Nokia MixRadio, OneDrive, Cortana and HEREMaps are all included from the get-go.

With all of these changes to the design and the performance of the Lumia handset, you’d almost expect a price hike to accompany it.

But believe it or not, the Lumia 530 is expected to retail at approximately £79, roughly the same price as the Lumia 520.

So, for a smartphone boasting a friendlier design, better specs and the same great operating system, you won’t be paying any more than you would be if you opt for the older handset.

If you ask us that sounds like a pretty good deal!

The Nokia Lumia 530 is expected to hit shelves this Autumn.

Why not have a nosey! 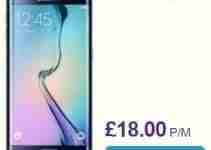 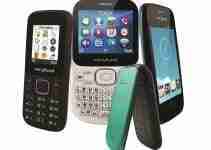