The Nokia 3310 Is Making A Comeback – if you grew up at the turn of the century in the early 2000’s, you will know what the big fuss is all about.

The handset was an iconic figure for Nokia and was loved by many.

The handset has only two megapixel camera and has limited internet access, but is being sold for £49.99.

The phone offers 22 hours of talk time and can last for up to a month on standby mode.

For those who grew up in the noughties they will look at the Nokia 3310 and it will be bring back memories.

The success of its relaunch will depend on how much those people are willing to pay for a device that brings back memories of their youth.

However, those that were born after this era, who are unaware of such a basic handset that have always had the well-equipped smartphone will not be the type of person Nokia is targeting.

With such a vast market of mobile phone users in the UK there is a market for a phone that doesn’t have the features of the leading handsets.

It does however depend on how much people are willing to pay for such a phone.

Andrew Wilson from Carphone Warehouse, said that they had already sold out of the very limited stock they had available online.

Vodafone have said they are absolutely delighted to be stocking the handset as they predict that the demand for them will be high.

Unlike Carphone Warehouse and Vodafone, EE, O2 and Three do not plan to stock the handset in the near future.

The handset was first announced at Mobile World Congress technology show in February in Barcelona.

The new device is being built under licence by HMD Global, a Finnish start-up company as they too make other Nokia branded smartphones.

Between 2000 and 2005 Nokia made 126 million of the original handsets before they were phased out.

Since 2013 it has not made any mobile phones as it sold its handset business to Microsoft. 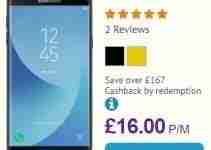 We use cookies to ensure that we give you the best experience on our website. If you continue to use this site we will assume that you are happy with it.OkNoPrivacy Details